Skip to content
Home » A history of the Fender Telecaster

The Fender Telecaster is a classic guitar that to this day has changed the least among it’s six stringed counterparts, but where has the guitar come from and what made this design such a revolutionary advancement?

The Telecaster took root in Leo Fender’s Fullerton, California workshop in 1949. The guitar luthier was particularly interested in creating a two pick-up solid body guitar, something that hadn’t yet reached the market. As Leo grew closer to realising his prototype, word got out of a competing luthier who was preparing to release their own version of a solid body guitar. In order to see that his own model would be released in time, Leo temporarily let go of his two pick-up idea to see that he could release a solid-body guitar in time.

In 1950 the first solid body Fender guitar went up for sale and became known as the Esquire. Not far off from today’s Telecaster, the Esquire featured only a bridge pick-up and was yet to include a truss rod in the maple neck. As Leo would soon realise, although maple was a strong wood, it was not strong enough to keep his guitar necks from bending and as such most of his Esquires would soon be returned to his workshop with necks bent beyond repair.

Buy your Fender Telecaster from an AUTHORISED dealer

Turning a new corner with his guitar design, Leo Fender soon implemented the truss rod to all of his guitar necks and before the end of 1950 was marketing his new Broadcaster guitar, featuring a truss rod and dual pick-ups. During the success of his newest guitar model, instrument manufacturer Gretsch wrote to inform Fender that they had already coined the phrase ‘Broadkaster’ for a line of their instruments and threatened Leo with a lawsuit. In response Leo famously dropped the ‘Broadcaster’ text from the guitar’s headstock and continued selling the guitars referred to as ‘Nocasters’ due to their lack of a label. By the end of 1951, Leo and his team had settled with the term ‘Telecaster’ for their guitar, in reference to the growing world of television at the time.

By 1954 the Telecaster had reached far and wide in the world of music and a revised take on the guitar was marketed moving forward. The famous black pickgaurds were exchanged for a white tone and the creamy butterscotch finish of the body became a translucent white. Fender continued to upgrade the hardware components, including a modern transition from dome top knobs to flat tops and converting the brass bridge piece to instead be made of steel.

Although various takes on the Telecaster have been released over time, including the semi-hollow ‘Telecaster Thinline’, the ‘Cabronita’ featuring humbucking pick-ups and the ‘Tele Jr.’ sporting a set of Les Paul style P-90 pick-ups, for 70 years now the design has undergone very little change since first debuting in 1950. This is an engineering accomplishment that speaks to the ingenuity and value that Leo Fender’s Telecaster design has had on guitar players worldwide.

Although time goes on, the Fender Telecaster has proved it’s self as a timeless classic over the decades. From Waylon Jennings and his early Broadcaster and Keith Richard’s Butterscotch black guard Telecaster, to ZZ Top’s Billy Gibbon’s collection of 50’s Telecasters and Jeff Buckley’s 1983 model, the Fender Telecaster will always have a home in the hands of aspiring and professional guitar players alike. 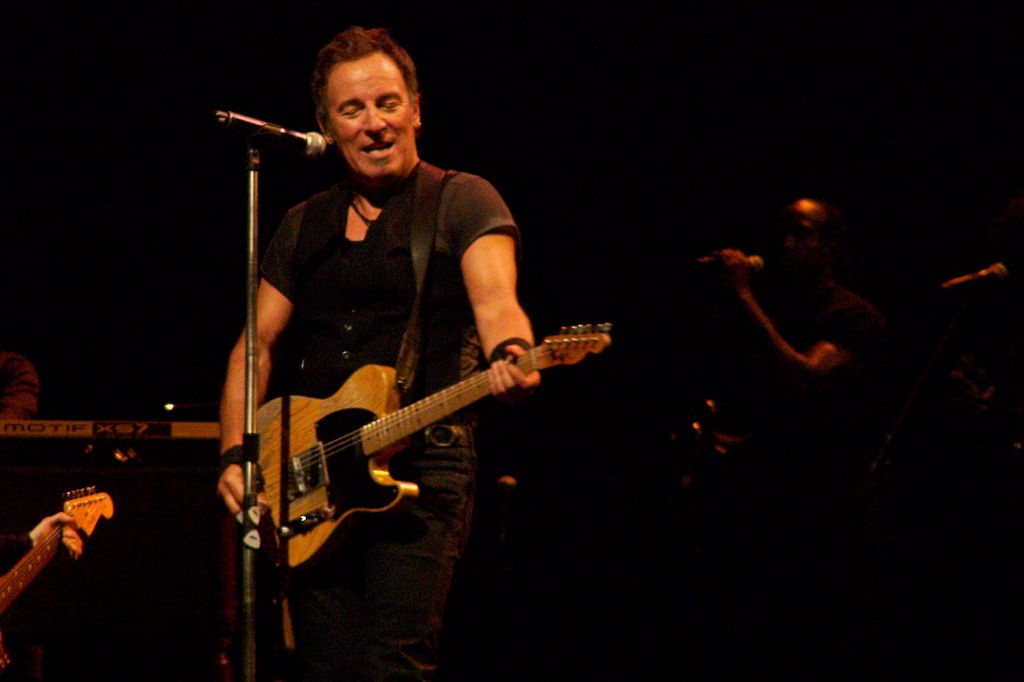 Examples of Fender Telecasters for sale

All Fender Telecasters for sale

For even more information on the history of the Telecaster guitar here at Fender.com

We use cookies on our website to give you the most relevant experience by remembering your preferences and repeat visits. By clicking “Accept All”, you consent to the use of ALL the cookies. However, you may visit "Cookie Settings" to provide a controlled consent.
Cookie SettingsAccept All
Manage consent

This website uses cookies to improve your experience while you navigate through the website. Out of these cookies, the cookies that are categorized as necessary are stored on your browser as they are essential for the working of basic functionalities of the website. We also use third-party cookies that help us analyze and understand how you use this website. These cookies will be stored in your browser only with your consent. You also have the option to opt-out of these cookies. But opting out of some of these cookies may have an effect on your browsing experience.
Necessary Always Enabled
Necessary cookies are absolutely essential for the website to function properly. This category only includes cookies that ensures basic functionalities and security features of the website. These cookies do not store any personal information.
Non-necessary
Any cookies that may not be particularly necessary for the website to function and is used specifically to collect user personal data via analytics, ads, other embedded contents are termed as non-necessary cookies. It is mandatory to procure user consent prior to running these cookies on your website.
SAVE & ACCEPT