Skip to content
Home » A history of the Gibson SG guitar

all images courtesy of Gibson.com

As the 1950’s came to a close and a new era began to unfold, Gibson was a top brand among guitar manufacturers worldwide. Their ES and Les Paul models had made their way to the biggest stages and the hottest national television shows, however with the turn of the decade brought a different sensibility and with it, a new set of electric guitar needs. The company’s Les Paul model was no longer achieving sales figures the management desired and they swiftly assigned their design team with the challenge of creating a new type of guitar. An instrument that had a thinner faster neck than ever before and provided even better access to the highest end of the fret board.

Development took place over 1960 and by 1961 the team at Gibson created a turbo charged instrument that would find itself at the forefront of Rock & Roll history. Featuring an all mahogany body and neck, topped with a rosewood fret board the new instrument was not only eye-catching but also renowned for its bright creamy tones that could cut down the middle of any record. Upon release in 1961 Gibson created four models with ascending prices for customers to choose from. The Junior and Special featured Gibson’s single coil P-90 pick-ups, while the more expensive Standard and Custom featured a pair of humbuckers in the same position.

Please visit our shopping partners for everything Gibson

With the Gibson Les Paul not selling as anticipated, the model was discontinued in support of Gibson’s brand new design. Although the guitar’s SG name instantly conjures images of a two horned axe and the birth of Metal music, the guitar was actually released as the new Gibson Les Paul. From it’s debut in 1961 until 1963, the Gibson SG was actually marketed as the Gibson Les Paul. This became a rather confusing decision from their marketing team that didn’t help to tell consumers about their radically different design of a solid bodied guitar. Ironically Les Paul himself wasn’t aware of the new design and when the guitar was brought out in 1961 Les was not a fan of the instrument. Declining to take his royalty payments from Gibson for the guitar’s sales, the company eventually agreed to remove his name from the model and from 1963 the design became known as the Gibson SG, the ‘Solid Guitar’.

The role this guitar has played in music is something of a legend. From the hands of Tony Iommi who can be credited as the spark to Heavy Metal music with his band Black Sabbath to the stadium of fans who looked on as Angus Young played his SG in AC/DC, the Gibson SG has been established as a Rock icon in it’s own right. Despite a host of design flaws due to the relatively small amount of space given for the neck to be fixed to the body, it is one of the only models from Gibson to have never been retired. 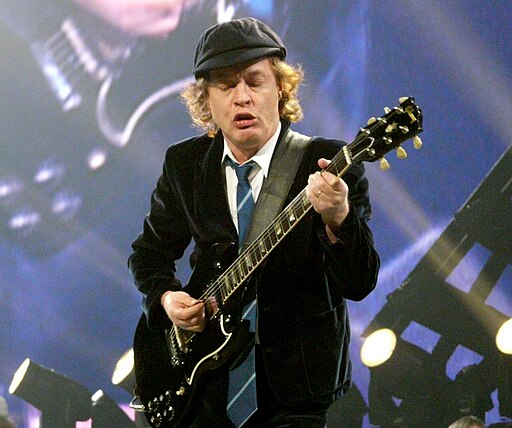 The Gibson SG is still made in America to this day and has firmly secured it’s spot as Gibson’s best selling guitar of all time.

The quick links provided below provide easy access to the most popular Gibson guitar styles and models.

History of the Gibson iconic guitars

We use cookies on our website to give you the most relevant experience by remembering your preferences and repeat visits. By clicking “Accept”, you consent to the use of ALL the cookies.
Cookie settingsACCEPT
Manage consent

Any cookies that may not be particularly necessary for the website to function and is used specifically to collect user personal data via analytics, ads, other embedded contents are termed as non-necessary cookies. It is mandatory to procure user consent prior to running these cookies on your website.